As we visit Crestfall for the first time in a while, another new Norn has warped in! 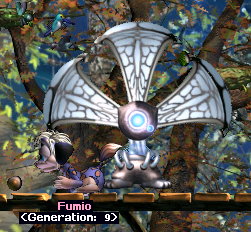 This elderly Norn, Fumio, seems like she's had a rough time... perhaps the gap in time and space was a bit too much for her. After all, we don't know how Norns feel when they're going through the Warp, now, do we?

(In the real world, there are still moving boxes in my apartment, but at least it's finally starting to feel like home.) 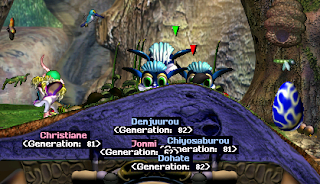 At the bottom corner of the Norn Terrarium, somewhere in this pile of creatures is Jonmi, who became pregnant with twins! Considering the egg nearby, it seems like this bunch has been having a lot of fun behind this hill, away from prying eyes... or something like that, anyways.

Did anyone else have a fascination with some critters in Creatures as a kid? Personally, I loved the Gosh-hawk. I found this guy particularly interesting because of his size and how he only showed up sometimes. I think once or twice, I might've gone nuts with the life launcher and put in twenty of these... it was funny to see them all settle into the same nest, oblivious to one another.

Esme and Elfgard, still destined to live forever, gently frolic not far from the entrance to the graveyard. They're almost - but not quite - aware of how their own mortality compares to that of their peers. At this point, they are around 22 hours of age. 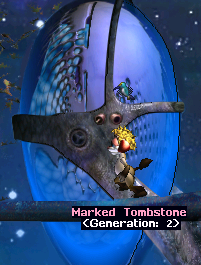 Through the Warp once again comes Marked Tombstone from c1anddsaddict, who appears to be aware of her rather unfortunate name... with a name like that, is it fair to say this poor Norn was probably born with one foot in the grave? 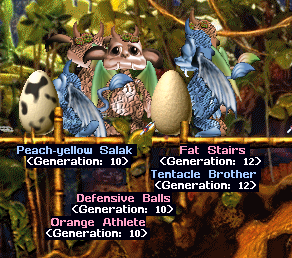 Meanwhile, back in old Albia, the Gargoyle Norn population is beginning to dwindle. Most of them have sequestered themselves off on the island in the middle of the ocean, or are otherwise near it. The Cave Flies originally added to encourage them to move about still appear to be just making them extra miserable as they stay in the same place...

Life in Crestfall continues to march on one Norn at a time, for better or for worse...

If the Lone Shee saw the state his Capillata was in now, he might be a bit upset. 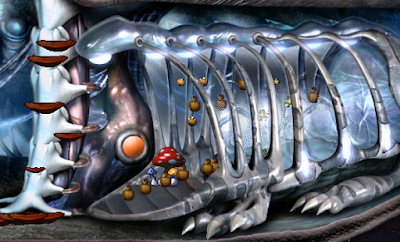 Email ThisBlogThis!Share to TwitterShare to FacebookShare to Pinterest
Labels: Quarantine

Back at home, the first event to happen is that Mighty Kumquat, the male Kunterbunt Norn, decided he would skip all rites of passage in growing up and go straight from being a child to the Warp, a Norn's final frontier. 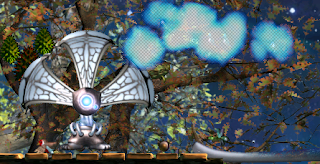 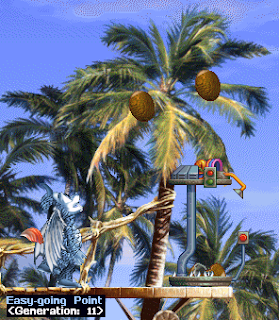 When the Lone Shee brought the first Toxic Norns back to the Capillata, he had been certain of his abilities to properly contain any dangerous disease they might have been carrying. He was, after all, a master scientist, and the Capillata had a sterile environment that would surely slow down anything nasty those Norns brought back with them.

He couldn't have been more wrong.

Email ThisBlogThis!Share to TwitterShare to FacebookShare to Pinterest
Labels: Quarantine

In an effort to spice things up a bit, I made the decision to inject cave flies into C12DS. After all, the majority of the population was centered in that one specific corner of the map, I suppose because the sunflower is there?

It seems all I succeeded in doing was making them extra miserable. But at least it's gotten them moving, in one direction or the other... so hopefully given a bit of time, they'll start to spread out.
Read more »
Posted by Pixis at 6:40 PM No comments:

Good evening, everyone! I hope you're all well. I have some real-life updates for you guys as I work on the next posts for the Café! Feel free to pass this by if you're not terribly interested in my goings-on outside of Creatures, but do know I plan on having some fun things come this way soon!

I will be working on the next Crestfall post this week, as well as getting things underway for a story series I've had in mind for some time now that I think would be just perfect to release when October rolls around. <3

OK, life updates below the cut!